Boost up Your Crop Production with Shade Netting

Shade netting helps to protect delicate crops from extreme temperatures. They are made from polyethylene material and are created to be resistant to harmful UV rays. It can be used in open fields to protect plants from heat that can result in the plant being harmed and alter the ability of the plant to produce a higher crop yield. For this reason, they are ideal for use with plants that are more sensitive to sun rays. In addition, a shade net could also be used in a greenhouse to protect plants in the early stages of growth during germination like pepper seeds. Or it might even be used by hobby gardeners to help reduce the amount of shade and wind that harms plants and reduces the amount of pests. All of these are important in protecting the plant and helping to improve the yield from each individual plant and the overall crop. In addition, the flexibility, durability, and engineering of the net make the possibilities endless for its uses. When the edges are reinforced with a seam, it can be attached to a number of different supports or structures. Hortomallas is able to help think through different ways netting can be used to meet your specific needs. 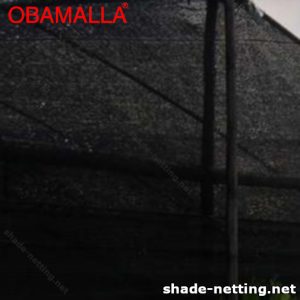 The shade mesh helps you protect your plants from extreme weather conditions.

There are a number of different benefits of using shade netting to improve crop production. Just like heat making it uncomfortable to enjoy the outdoors for people, excessive heat and sun also makes it unbearable for plants to grow. In some instances, the use of tarps has been used to reduce the effects of heat and create some shade for plants. However, these are not ideal for plants. Instead, netting helps to provide enough protection for plants from sun and wind while also making it possible for air to circulate around the plants. The netting not only brings about shade, but also creates an environment for heat to not be trapped around the plant. As a result, the soil surrounding the plant is also able to maintain the moisture necessary for ideal crop growth when the overall environment for plant growth is viable. 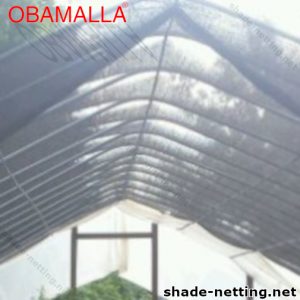 The shade mesh maintains the humidity necessary for the plants to grow.

Increase the Life of Your Plants

Many plants have a growing season the can be reduced by the effects of the sun and wind. As a result, there is often a brief window in which a farmer or gardener is able to plant and harvest their crops. The use of netting helps to create a barrier against the elements like sun and wind for delicate plants. As a result, the life of the plants is able to be extended by simply altering the growing environment this way. The result is healthier plants, with a longer time span to be able to grow and harvest fruit and vegetables. When the plant is able to grow longer and produce more mature crops, it is able to also bring about larger crop yields. 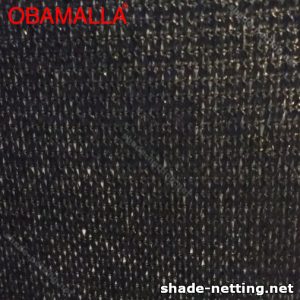 The advantages of using shade mesh is that it helps your plants grow healthy.

Benefits of Netting for Structures

It is not only useful around just plants. Because it extremely versatile, shade netting is able to be used in a number of different settings, including with a number of different structures. When used around structures, it is able to create additional shade, but still allow for ventilation. This makes the use of them ideal in both permanent structures as well as temporary structures. For instance, it can be stretched over the top of a back patio or the family swimming pool, making it more enjoyable for everyone during the hot summer sun. It is also a great option for different sporting events to provide added protection from sun and wind for players sitting on the bench, or around the bleachers to provide a more comfortable viewing experience for spectators. It can also be used to create temporary shade for a number of different events, like a block party or family reunion, and then is able to easily be taken down.

In addition to the plants the shade mesh can be used for sporting events or parties.

Shade netting is able to be quickly installed in a number of different settings. One is along a fence line. The edges of the netting can easily be reinforced with a seam, and then it tied down to the fence to provide shade and protection from wind. If there is not an existing structure in place, it is possible to install the netting by using metal or wood posts to stretch the netting and secure it in the exact location where additional protection is needed from the elements. Or even consider using the net to create an awning on a house or other building. Simply tether it to the building using hooks and stretch it over the area to create shade to be enjoyed by all. A benefit of using this type of netting is that it is not only able to block UV rays, but is also able to be easily installed, taken down, and even relocated to a new location making it an ideal solution for use at home, by schools, as well as on farms or ranches. 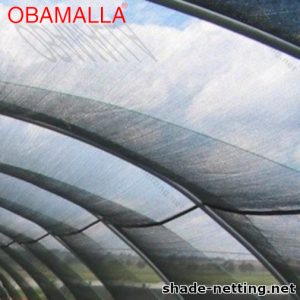 The advantage of using the shade mesh is that it can be installed and can be easily uninstalled.

Shade netting is also an extremely affordable solution for protecting growing crops. The affordability also extends far beyond just the cost of purchasing the netting. Because it is also able to be adapted to a number of different crop types, it can also ensure the netting is versatile. This makes it an ideal option for farmers who plant different types of crops as well as the hobby gardener, who needs to protect different plants with different needs. In addition, netting helps to reduce the number of pests that frequently harm plants, thereby also reducing the need for costly insecticides and other pest solutions. It also helps to save even more money on not needing to spray plants. Not to mention it is also often able to withstand multiple seasons, offering even more cost savings to farmers and gardeners that can easily be installed or removed and relocated as necessary. 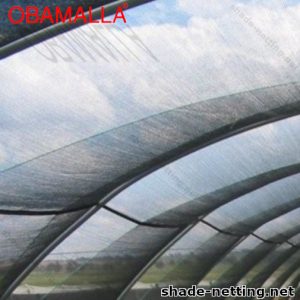 Shade mesh is a good option because it helps you save money since you no longer have to water the plants.

Shade netting made its entry in the agricultural arena around a decade ago in order to protect the crops from various natural elements such as harsh climate, pests etc. Recently, a new discovery was being made pertaining to the usage of colored shade netting or shade cloth (as it is also known as). According to a latest research, if you use colored shade netting as your garden fabric, it can help to improve the quality of your produce and also protect them from the attack of pests.

Earlier plantations were usually covered using tinted black shade netting. These shaded areas used to spread across plantations to protect the crops from winds or from the harsh solar radiation, especially during summers. These tinted black netting were also used to save irrigation water. As per the latest research carried out by the Volcani Institute, there are lots of advantages if you change the color of the shade netting. 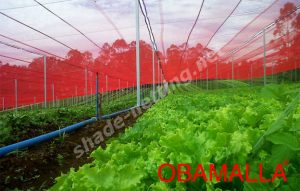 The protection that the shade cloth provide avoid that the UV cause damage to your crops.

Research Findings on the Usage of Colored Shade Netting

While shade netting was originally designed primarily to protect the crops from natural elements, as per the latest research, if you change the color of the shade nets to red, white, yellow, or pearl, it also impacts the quality of your fruits and vegetables, their shelf life, their size, the level of eco-friendliness of your crops, and the duration of the ripening process of your produce.

The colors mentioned above helps to achieve the desired results, as they enable you to shape the wavelength of solar radiation, the type of solar lighting, its intensity, as well as the manner of its distribution. 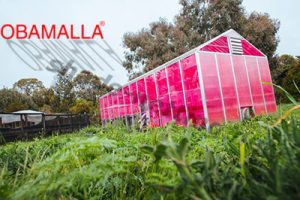 The variation of colors provide many advantages for your crops.

According to the research findings, when yellow colored shade netting was used, it helped to cure infertility of the plants and also helped in rejuvenating the plants to a great extent. As part of the research, the yellow colored shades were placed over vineyards which were not producing much fruit. It was observed that when the vineyards were covered in yellow shade netting, the fertility of the plants returned and it save the planters from the pain of having to uproot their vineyards.

Initially, the researchers were concerned about the usage of yellow color, as this color is known to attract pests. But, when implemented, they realized that it not only increased the yield, but it also helped to keep the pests away from the plants.

Researchers found that when yellow shade netting was used, the number of insects which penetrated through the net was cut down to half when compared to the previously used black shade netting. With the usage of yellow colored shade netting, since the number of pests attacking the crops reduced, it also reduced the amount of chemical pesticides that needed to be used.

After these research findings were published, different colored shade netting have now made their entry into the agricultural market and has spread to various countries such as the United States, Spain, Italy, Australia, New Zealand, and Turkey. 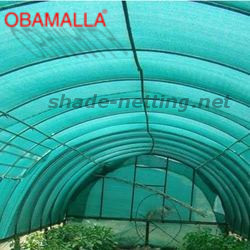 Other way for the growth of your crops is combining the colors of the shade cloth.